This Monday we had the honor of welcoming Congressman Adam Schiff who represents the 28th Congressional District of California and most of us in the ANCA-WR summer Intern class. Though he did not have too much time with us (being a Congressman with a tight schedule), he had enough time for a few of our questions. Being a long-time supporter of the Armenian cause, Congressman Schiff spoke about the border conflict that began on July 12, the day before and about his work in passing the resolution where Congress recognized the Armenian Genocide. He also spoke about what he thought was the most important quality in a politician, which he viewed as good character.

Also on Monday, after Congressman Schiff left us we had a lecture from Joseph Kaskanian,  a board member of the ANCA-WR about the importance of Social Media. He showed us various tools of how to properly promote posts on social media, focusing on Facebook ads. He also told us about Meltwater, an extremely versatile tool that we can use for many tasks in regards to gauging nationwide attention to issues that the ANCA cares about. Specifically, we looked at how various Media outlets responded to the 1.5 million meals for 1.5 million lives initiative.

On Tuesday, we welcomed another esteemed representative, California State Senator Anthony Portantino. Portantino, like Congressman Schiff, represents a huge portion of Armenians in his district, covering much of northern LA County, including Glendale and Pasadena. He popped in on our Zoom Call sitting under Artsakh as his virtual background. Talking about his time as the chair of the California State Senate Select Committee on California, Armenia and Artsakh Mutual Trade, Art and Cultural Exchange, Senator Portantino highlighted his decision to include Artsakh in the name of the committee and his continued support for the Armenian cause. The senator spoke on other issues as well, including the homelessness crisis in California and the topic of defunding the police. What surprised most of us is how funny and down-to-earth, and casual Senator Portantino was, (he recommended that we watch the Anime show Death Note) Most of us interns were nervous (in varying degrees) before he and Congressman Schiff spoke the day before, but hearing them in person made us realize how they are still just people.

On Wednesday we had the honor of welcoming Patil Toutoundjian, the founder of Tatik Streetwear, an independent Armenian clothing shop with artwork by Armenian artists. She also told us all about the Birthright Armenia program, whereby people can volunteer and live in Armenia for a significant amount of time. The program allows young diaspora Armenians the opportunity for professional growth at a subsidized rate, with weekly excursions to cultural sites of importance across the country. We heard some of Tatik’s stories from her time at Birthright as well as our communications director Alex Galitsky’s hilarious story of getting lost in Dilijan National Park. Most of the interns had not heard of Birthright Armenia before, and I believe that many of us would apply once (and if) we become eligible.

Thursday we did not have a lecture, instead we had a “Negotiation Workshop” organized by Armen Sahakyan. In this simulation, we each played as a country or NGO involved in negotiations on the UNEP surrounding Mercury attempting to come to agreements over four different issues. We began with an hour of formal discussion of these four issues presided over by Anna, who played the chair. Afterwards, we had a short period of informal discussion where various countries got to discuss the issues and make deals in breakout rooms. Ultimately, Martin, who played the role of the Chief Scientist of the World Coal Power Association, managed to lobby Brazil (Kyle), despite Canada’s (myself) best efforts. Overall, the interns (myself included) expressed that this was quite a fun experience, even for the many of us who had not taken part in Model UN or other activities.. 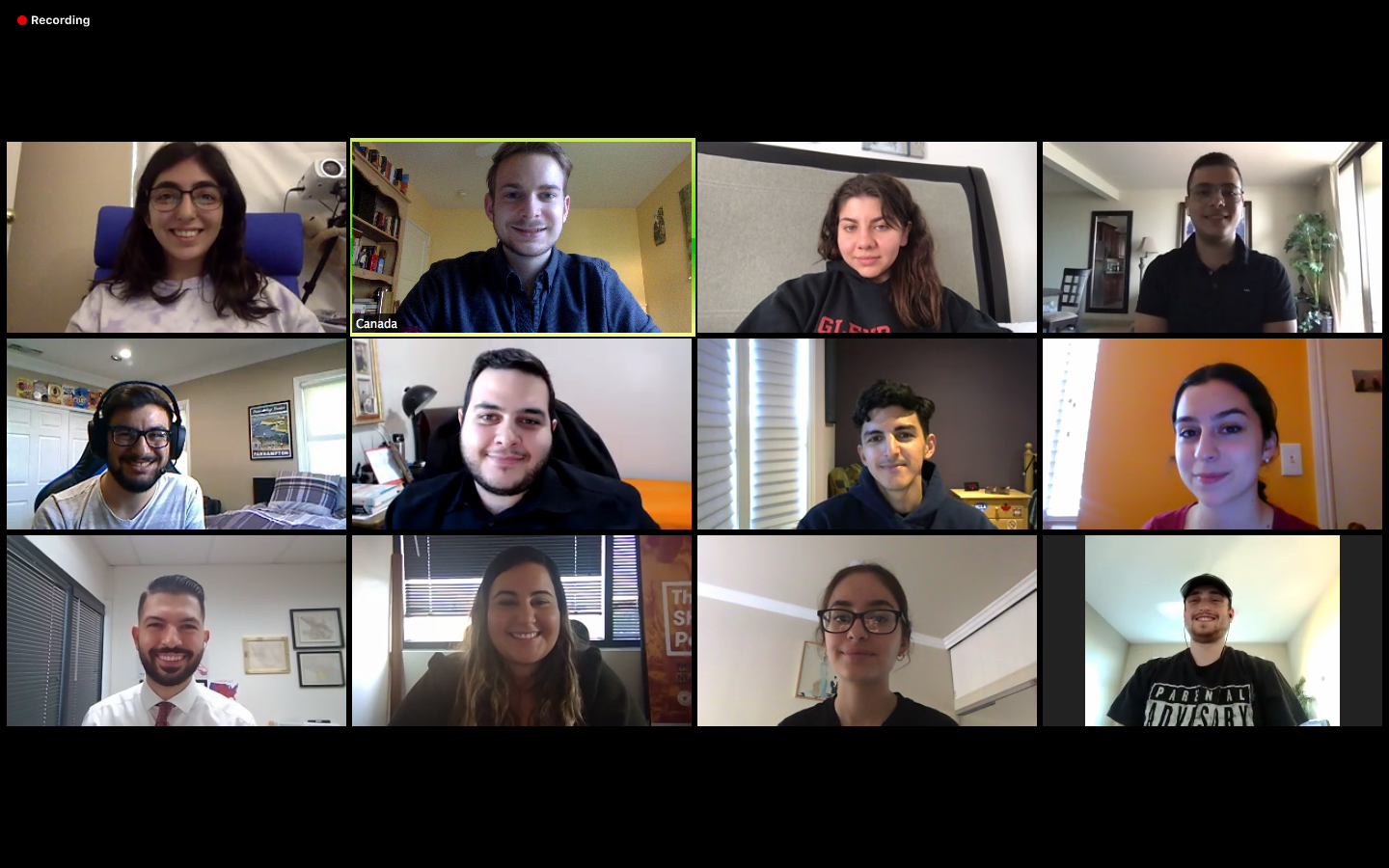 On Friday we filmed a short video calling for action in response to continued Azeri aggression along the border in Armenia. We discussed different ideas of how we could better spread the word on social media and about the upcoming protest many of us will attend on Tuesday. We finished the week with a round of Trivia about flags and capital cities, where Armen took away my two-week long streak at trivia, winning Proper Company’s Zanazan: Armenian Magnets.

While I have enjoyed every week of the internship so far, I must say that this has been an especially interesting and fun week, given our illustrious speakers and our Negotiations activity. It is also a somewhat uneasy week, given current events happening in Armenia. In any case, I look forward to next week!